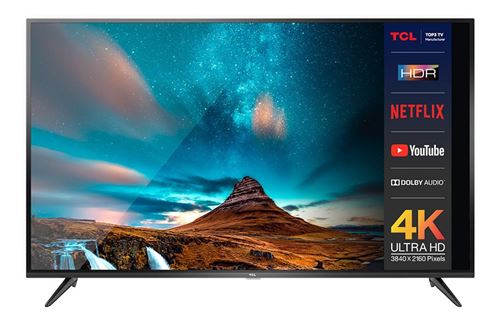 Multiplication of logos, incomprehensible technical details, obscure marketing discourse… It’s not easy to get an idea of the quality of a television set. I give you a few keys to make sure you don’t make a mistake.


Buying a TV, what a puzzle! Online shopping sites are full of information that is unclear to the uninitiated.


On the other hand, in stores, the technical data sheets are often too sparse and the salespeople… are not always giving good advice.

It’s not easy, therefore, to understand everything and not be fooled. I’ll help you find your way around logos and jargon in order to identify the main criteria to favor and the pitfalls to avoid.

Brightness and contrast: the basics

We will not dwell on the indications of brightness and contrast, as their interpretation is so obvious.


Simple: the higher the values are, the more you’ll be amazed… at least in theory.


Because in this war of numbers, the data looks more like marketing communication than a real benefit to the customer.

In fact, tests show that it is not always the brightest TVs that display the best image quality.


Fortunately, some certifications such as Ultra HD Premium set specifications that have the merit of establishing a good foundation for consumers. We’ll come back to this later.


Be aware, however, that brightness is expressed in candela per square meter or in nits (it’s the same thing).

Contrast is expressed as a ratio (“1200:1”, for example). Two numbers that represent the maximum difference between the brightness of a white pixel and a black pixel. 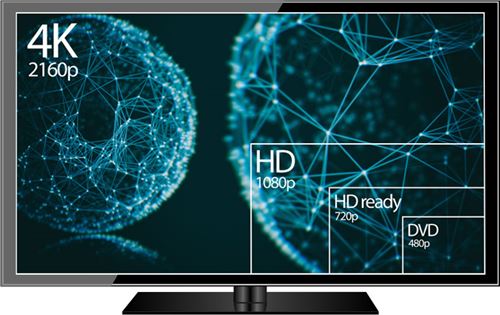 With the exception of some small TVs, which remain in 720p definition, the majority of screens now display Full HD and Ultra HD.

There’s no need to go into too much detail on the first, which is well known to everyone and has 1920 x 1080 pixels (or about 2 million pixels).


For ultra HD, the definition is multiplied by two, which gives 3840 columns by 2160 lines for a total of 8.3 million pixels.


It should also be noted that ultra high definition is also improperly called 4K.


Abusively, because there is a real difference between UHD and 4K. In this case, 4K displays 4096 x 2160 pixels, a 1.85:1 aspect ratio used for cinema broadcasting. But it is not used on TVs.

On the other hand, real 4K products can be found in high-end projectors, for example from Sony or LG.


Another abuse of language: do not confuse image definition and resolution.


Resolution is expressed in pixels per inch (PPI) and corresponds to a density of pixels on the panel. The higher the value, the more accurate the image will be.


In other words, the larger your Ultra HD screen is, the less resolution it will have since the definition remains the same from one model to another. 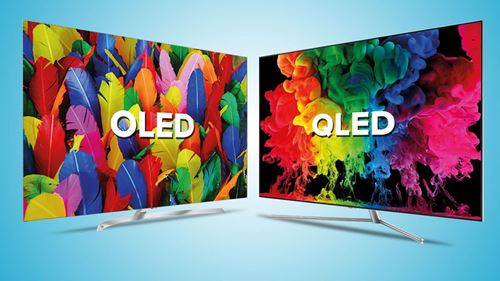 
The first is still the most common because of its lower cost.


LCD requires a light source arranged in the form of ramps on the sides of the TV set.

Disadvantages: the depth of the blacks sometimes leaves something to be desired and a luminous halo effect can be seen around subjects or objects.


A phenomenon that is not seen on OLED panels. Since OLED panels are self-emissive, each pixel diffuses its own light.


As a result, OLED panels have an “infinite” contrast ratio.


This materializes in use by sublime colors and absolute blacks, which is bluffing when you look at content in the dark… On the other side of the coin, OLED panels are a little less luminous.


And if all OLED TVs are not the same, let’s point out that if you buy a Sony TV (read our 65AG9 test), Panasonic (read our 65GZ2000 test), or Philips (read our Philips OLED854 test), it is indeed LG that manufactures the panel.

The difference in quality will then be made on the processor processing and the settings specific to each manufacturer.

The way a tile is illuminated can very clearly vary its rendering. Backlighting also has its own specificities and a series of competing technologies.


In all cases, the light source is composed of LEDs of varying sizes and organized in different ways at the back of the panel.


At the bottom of the basket are the models with integrated backlighting called Edge (or Edge LED). In this case, the (white) LED strips are installed on the sides of the slab, which sometimes causes light leakage.


When they are placed at the top and bottom of the screen, we can also see that the black stripes of a film tend to turn grey.


Here, the LEDs are illuminated in zones behind the panel. The electronics can then vary the light intensity of these zones to produce better contrasts.


The indication of the presence of such a tile is already a favorable argument for the TV set. Unfortunately, very few manufacturers communicate on the number of integrated light zones.


However, the more light zones there are, the better the picture quality will be. As an example, one of the most ambitious televisions of this year 2020, the Samsung Q950T announces Full Local Dimming lighting over 520 zones.


The future of lighting technology lies in the miniaturization of LEDs.


In this game, two technologies are facing each other: the micro-LED dear to Samsung and its wall, “The Wall” and the mini-LED, a technology carried mainly by the Chinese manufacturer TCL.


If the first seems more promising on paper, with the possibility of modulating the shape of its screen as desired, the second has the merit of already existing in the market.


Indeed, the TCL X10 has mini-LED technology, and its 15,360 LEDs (compared to 300 on conventional LCD panels) spread over 768 zones and is available in stores. 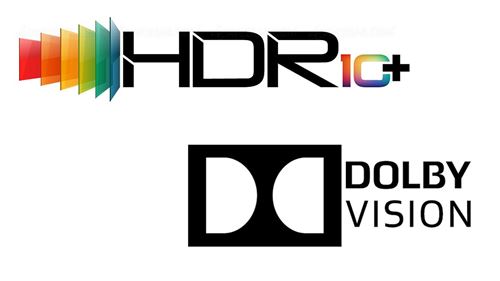 Behind these labels hide technologies that aim to make the image more dynamic, thanks to video processing that each manufacturer exploits at its own pace.


Hence the term HDR for High Dynamic Range, which, in contrast to SDR (Standard Dynamic Range), exploits a wide dynamic range of colors.


These optimizations are made possible thanks to the metadata present in the video stream of the source signal and exploited by the manufacturers… each in their own way.


This is the main promise of video processing: to use the information in the video source to bring out details in dark scenes and to further improve contrast in bright scenes.

So much for the premise, but there are many competing standards… and it’s a real puzzle.


Within the HDR itself, there is first of all HDR10.


The technology is in this case integrated into a 10-bit panel and the source signal has three luminance information: maximum, average and minimum brightness.


Metadata from which the TV electronics will apply adjustments along the entire length of the film.


The HDR10+ also includes this brightness information, but it is now detailed on a scene by scene basis rather than for the entire content.


This is now the most advanced version of the HDR10, which is also used on TVs with more advanced settings.

The user can play more or less on the effects of the TV menus. This is the format implemented by Samsung and the Korean manufacturer is also the main supporter.


The HDR10+ is seriously challenged by Dolby Vision. Dolby, which has been a partner of film studios for decades, also offers a similar technology: here again, the aim is to offer management of brightness (and therefore contrast) on a scene by scene basis.


Dolby Vision is also the promise of equipment for the future: Dolby ensures that its technology is already compatible with a 10,000 nits (10,000 cd/m²) increase in brightness.


In the war between Samsung and Dolby, the American seems to have taken a fairly clear lead by joining forces with the main TV manufacturers.


HLG (Hybrid Log-Gamma) is another variant of HDR developed by an English channel, the BBC, and a Japanese one, NHK.

The objective of this very open format is to de-democratize HDR by allowing its retranscription on TVs limited to SDR. It is, of course, a minority format on the market but a TV compatible with HLG is a plus.


Of course, to take advantage of these advanced settings, the entire system must be compatible: if you’re going to enjoy a Dolby Vision TV, you’ll also need a compatible Blu-ray player and a Blu-ray movie itself with this information.

You may also encounter the Ultra HD Premium label in-store.


This was created by the Ultra HD Alliance to define a kind of specification for quality ultra high definition TVs that meet minimum brightness and contrast requirements.

In this case, Ultra HD Premium requires that the picture definition is in UHD (3840 x 2160 pixels) and that the tile built into the television must meet a standard of 10 bits or more. This, in turn, leads to colorimetry requirements.


To qualify for the Ultra HD Premium label, televisions must-have electronics that are compatible with the REC.2020 color space and capable of providing at least 90% of the DCI-P3 space.


Finally, the panel brightness must be 1000 nits peak, which often translates into good brightness to take advantage of HDR and/or Dolby Vision technology.

The fluidity of the image

If you’re talking about 800 Hz slabs in a store, smile as a courtesy, but keep in mind that this is pure marketing talk.


There is no Ultra HD panel with a frequency higher than 100 Hz.


This means that the panel is natively capable of displaying up to 100 frames per second.

To go beyond that, manufacturers then use technologies with the most fanciful names, which consist of creating additional images to fool the human eye.


You are now armed to decipher the main indications on the technical datasheets of the TV sets.

However, other information is unlikely to be included. That’s why reading the tests is the best way to find out the quality and defects of each TV set.