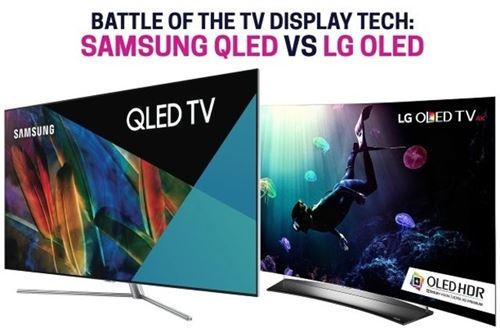 The IHS Markit analysis firm has just published a report that almost pushes the doors open: Qled televisions are more sold than Oled models. This is forgetting that Oled production is limited and that all the tiles are sold out.

IHS Markit has just published a study announcing that Qled televisions sold better than their Oled counterparts during the 2019 financial year.

The IHS Markit report overlooks the fact that the limitation in sales of Oled TV sets is not due to price or technology but to the limited production capacity of LG Display.

Until recently, the South Korean company had only one production plant for Oled 8.5 generation panels, located in Paju. This plant can produce approximately 2.9 million Oled tiles per year.

However, since the end of August LG Display has opened a second factory in China. Based in Guangzhou, this plant – also of the 8.5 generation, but using a new optimized cutting method (MMG) – should double production by 2020, and thus probably double sales of Oled TVs.

The second problematic point is that IHS Markit pits two technologies against each other that are not really competing. It should be remembered that Qled TVs are LCD TVs using a quantum box filter, as do many other manufacturers without using the term Qled (for Quantum-Dot LED). 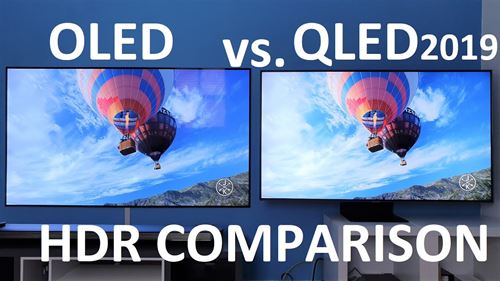 This is the case of Sony with its Triluminos process, or Philips with its Quantum Dot 4K LED TVs. As such, IHS Markit should have included all TVs equipped with a quantum box filter in sales.


The firm has obviously been caught in Samsung’s game of pitting Qled technology directly against Oled, whereas Oled TVs are quite apart on the market.

Finally, one might also think that the success of Qled TVs is due to their more affordable prices than those of Oled TVs, but this is not often the case with the recommended retail prices.

Here again, Samsung’s strategy is well established and the South Korean manufacturer does not want to display a label too low so as not to devalue its technology against the Oled.

The advertised prices are therefore often equivalent to those of the Oled models, but Samsung is making up for this with interesting promotions. The latest one concerns the Samsung QE55Q85R, an excellent LCD TV that was sold at only €1,500 during the French Days instead of the €2,000 usually asked for.


On the other hand, the most affordable Qled TV, the Samsung QE65Q60R, is certainly much cheaper than an Oled TV, but it doesn’t deliver performances worthy of the Samsung Qled name. And in fact, it doesn’t do much better than a Samsung UE55RU7405.