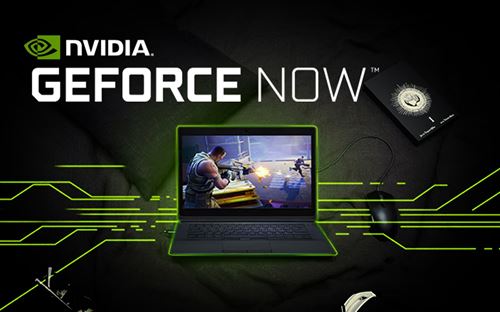 After two years of beta, Nvidia launches GeForce Now, its cloud gaming service. There are two ways to discover it: one free and minimalist, the other paid and a little more attractive.


Finally here, and for everyone! GeForce Now (GFN) is now available to millions of gamers around the world, after being in a restricted beta for over two years.


Unlike Google Stadia, Nvidia’s cloud gaming solution doesn’t offer you a specific game catalog but access to over 400 titles from Steam, Uplay, Origin, and Battle.net (not GOG), all optimized for GFN. It is also possible to install some titles from your Steam library. However, you will need to reinstall them each time you log in.


Finally, free-to-play, such as Fortnite or DoTA 2, are natively supported. The complete list is available on Nvidia’s GeForce Now website.


Anyway, GeForce Now will initially offer two packages, one free and one paid for.


It has a call price of 5.49 euros per month, without commitment and valid only during the first 12 months of the service’s existence.

Nvidia may subsequently develop other formulas to meet potential growing demand from users.

Tail in the cloud gaming

The free/Free version entitles you to:

The (limited) Founders offer, at 5.49 euro/month, gives you access to :

Ray tracing rendering technology for games that support it is on the menu.

Note that all players participating in the beta will have their account converted to Free mode. It is up to them to subscribe to the subscription offer proposed as of February 4th by Nvidia.


Free or paid, we can see that Nvidia limits the game time on GeForce Now. The free offer will certainly be frustrating, while the six hours of the paid version should give you more time to enjoy your games.


But limited time is not the only thing that can get in the way, queues could be problematic if they are too long. Especially since Nvidia couldn’t explain why they were necessary.


The only answer we got was:


“It’s a free service. Don’t forget that. For the most passionate or impatient, there is the paid offer where the waiting time will be almost nil”.