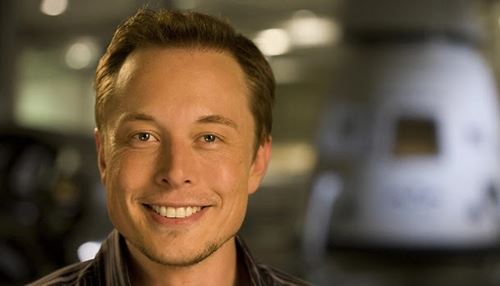 Elon Musk was called the real-life Tony Stark, from the movie “Iron Man“.  He runs a private space travel company, SpaceX, the world’s leading manufacturer of Tesla electric cars, and recently a tunneling company, the Boring company, which has attracted attention for making a flame thrower, and the latest Cybertruck pickup, straight out of a sci-fi movie. It’s hard not to have heard of Elon Musk these days, so here’s the story of Elon. 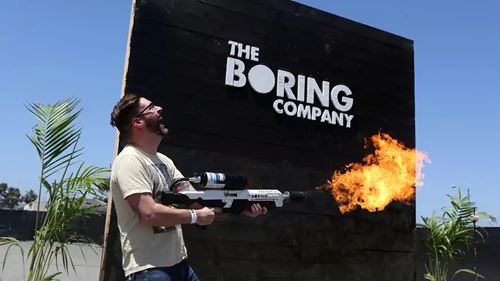 Elon Reeve Musk was born on 28 June 1971, his parents, Maye Musk and Errol Musk in Pretoria, South Africa. Her father, Errol was an engineer and her mother Maye was a model and nutritionist, her brother, Kimbal Musk is currently a venture capitalist and environmentalist, her sister, Tosca Musk is an award-winning producer and director.


As a child, Elon quickly accelerated learning and reading. At the age of 10, Musk discovered computers with the Commodore VIC-20. He quickly learned how to program and at age 12, he sold a game called Blastar to Spectravideo for $500.


Musk attended Waterkloof House English Prep School and then graduated from Pretoria Boys High School. The years were lonely and brutal according to his descriptions.


So I was the youngest and smallest child in the class for years and years. The gangs at school would hunt me down – literally hunt me down! “It wasn’t long before he left school and took up karate, wrestling and judo to defend himself, eventually he fought off his attackers and they soon left him alone.


His relationship with his father was also in bad shape at that time. Elon recalled that his father called him an idiot and told him that he would never make it.  His parents divorced in 1980.  When Elon finally moved out, however, it wasn’t long before things started to look better for him.

At the age of 17, Elon moved from South Africa to Queens University in Ontario, Canada. This was partly to avoid compulsory service in the South African Army, as required after high school.

After emigrating to Canada, Musk attended Queen’s University in Kingston, Ontario. It was there that he met Justine Wilson, an aspiring writer. They would marry and have five sons together, twins and triplets, before getting divorced in 2008.


After earning an undergraduate degree in economics, and staying on for a second bachelor’s degree in physics, he began studying at Stanford University in California, but after only two days, he decided to drop out.

The Internet boom of the ’90s

The origin of this wealth ZIP and X.com “PayPal” 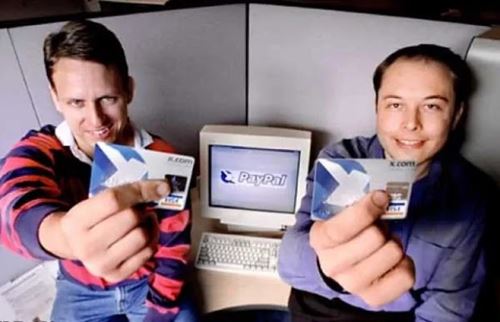 His move to California had been perfectly synchronized with the Internet boom of the mid-90s.


In 1995, Elon launched her first company, Zip2, which looked a little like Google Maps, even before Google Maps was born. Compaq bought Zip2 in 1999 for $307 million, and Musk had enough to start having fun.


After selling Zip2 in 1999, Musk opened a financial services company called X.com. At the same time, Thiel and Levchin were working for a company called Confinity, which operated their relatively unknown and mostly unused digital money transfer program, “PayPal“.


Confinity and X.com merged and the merged company was officially named PayPal in 2001. When eBay bought PayPal, Musk cashed $1.5 billion into his bank account.


Then he started huge companies…


Now we are at the point where the Elon Musk of the past becomes the Elon Musk we know today. Anyway, once Musk earned all that money with PayPal, he had the opportunity to put his wildest ideas into practice. So he started a ridiculous set of different companies, each one aimed at solving many of the world’s most important problems.


In the decades since, the entrepreneur has created the world’s first electric vehicle company, Tesla Motors, beating Detroit at its own game: in November 2012, the Tesla Model S, a seven-seat sedan sold for $100,000, was named Car of the Year by Motor Trend magazine. At the same time, Musk founded, financed, and ran the aeronautical firm SpaceX, he also designed SolarCity, the country’s “first solar services company,” of which he chairs the board of directors. A supersonic train, this concept of a futuristic supersonic train, was unveiled by Elon Musk, in 2013, and it is in Drouot in France, near Limoges, that the largest test track for this hyper-fast train will be hosted.


The idea of the project has since been taken up by several private companies, Musk has indeed chosen not to register patents, explaining that he did not have the time to deal with it.

The idea is to use magnetic levitation, to free themselves from the friction of the ground, and to reduce the atmospheric pressure in the cube in which they travel to reduce air friction, thus exceeding 1000 kilometers per hour, it allows its passengers to make long journeys in a short time.


Los Angeles San Francisco in 30 minutes, the tube will be placed on a pylon to reduce manufacturing costs and seismic risks, or earthquake risks, part of its energy will come from the sun, thanks to solar panels placed on the tube, Elon Musk, believes it will be cheaper and more energy-efficient than high-speed trains.

Created in 2016 by Elon Musk, it is a company that aims to eliminate traffic jams. To do so, Elon Musk believes that we must add a third dimension to our roads, and unlike flying cars, tunnels don’t care about the weather, they are out of our field of vision and above all, they don’t risk falling on our heads.


The company started in Los Angeles and Chicago, the construction of a network of underground tunnels on several levels, connected to parking spaces, these tunnels allow a car to be transported on a platform at 200 kilometers per hour, under the city and without disturbing the inhabitants, it currently uses two drills to dig a tunnel.


The first tunnel under Los Angeles is 4 km long and will serve as a demonstrator. The Dodgers baseball stadium is part of the project, a map of the upcoming tunnels has been unveiled. 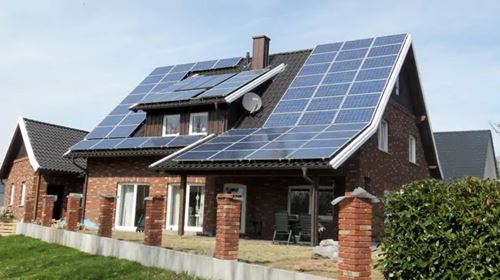 Elon Musk has always aimed to reduce the effects of global warming, it is committed to renewable energy, and to buy SolarCity, to integrate it into tesla in 2016, Solarcity, is a company that produces solar panels for homes, buildings, and universities.


It is in August 2016 that Musk unveils a solar roof, available in four styles of roofing, the tiles of this roof will be more resistant to weather and shocks than a traditional tile, enough to produce your own electricity. 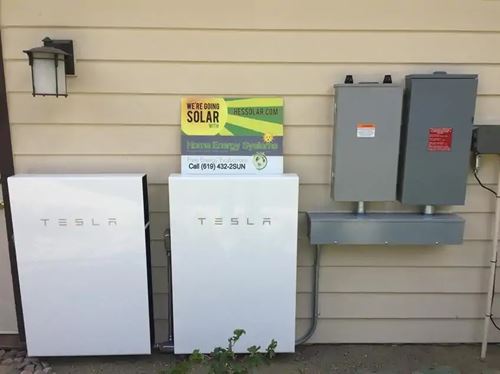 Unveiled in 2015, the PowerWall, is a domestic electricity storage battery, as you know, electricity that is not immediately consumed is lost, hence the need to store it, it can be combined with solar panels, or the solar roof, to store free energy from the sun, and reuse it when needed, or store electricity during off-peak hours, and thus save money.


But Elon Musk is thinking bigger and bigger: a battery pack has been installed in Australia, Puerto Rico and the islands of Samoa to make them self-sufficient in energy, even during tornadoes, and all this without emitting CO2.


Reusing a rocket allows SpaceX to create the cheapest rockets in the world, and to chain the contracts in the supply of the I.S.S., “International Space Station”. 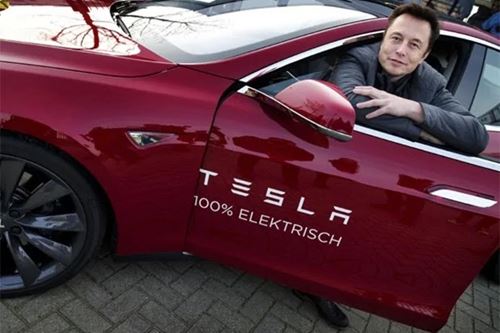 When we think of Elon Musk, we think of Tesla, producing really cool electric cars, we’re not going to lie to ourselves it’s a goal achieved, they are beautiful, practical, and very fast, Tesla cars are 100% electric,


Among the different models of the brand, there is the SUV, Tesla Model X, the sedan model S, and the model 3, but also the model Y, a Pickup Cyber Truck, is in the future, a bus and a truck, all these vehicles should be autonomous, in only a few years autopilot functions are already available, and particularly bluffing. 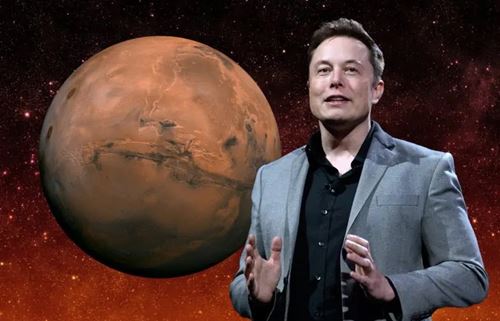 If Elon Musk, is committed to accelerating the transition to a sustainable world, he is also in search of exploration, it is towards the planet Mars that he wishes to head, he wishes to create a rocket capable of carrying cargo, and passengers, to colonize Mars.


To create a reusable rocket, was a necessary condition for this mission, finally especially the part of the rocket, that he does not crash the landing, to be able to send people on the spot and material. 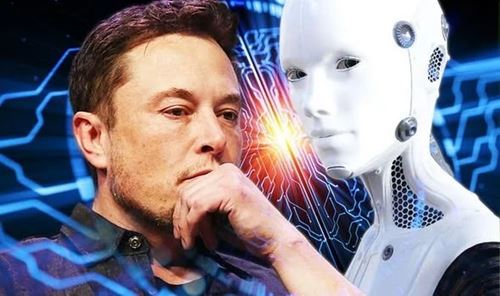 It seems clear that artificial intelligence will revolutionize the world in almost every field, Musk, does not deny the beneficial effects that could be derived from it, but he also worries about the risks that we may suffer if it falls into the wrong hands.


In 2015, they are founding the research association OPENAI, made up of some 60 researchers, to develop artificial intelligence and, above all, to understand its ins and outs in order to guard against potential risks. 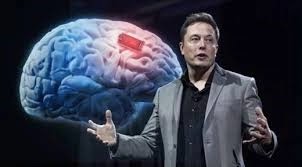 Around the planet in 1 hour


Its heavy launcher Big Falcon Rocket (most often nicknamed Big Fucking Rocket, BFR) now has a new name, the first stage will be called Super Heavy (very heavy) while the space vehicle and the upper stage, its renamed Starship (spacecraft), said the SpaceX boss on Twitter on November 20, 2018. 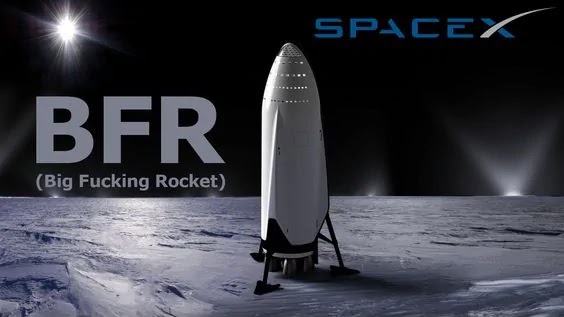 The largest reusable rocket ever designed, a project that seems crazy, well not so much, supersonic flight projects at Boeing, and Airbus, already exists, supersonic flight requires flying at very high altitudes, where the atmospheric pressure is very low to avoid extremely high air pressure on the fuselage, the compromise between maintaining flight at very high altitude, and the resulting speed, is an extremely complicated project.


A reusable rocket is a natural candidate for this project – the future will tell us whether SpaceX will be able to link any city in the world in less than an hour.