According to Bloomberg, the iPhone 12 won’t be the only new Apple product at the end of the year, the Californian brand is preparing two new Watches, a new iPad Air, a new HomePod speaker, headphones, AirTags trackers, and a new Apple TV. 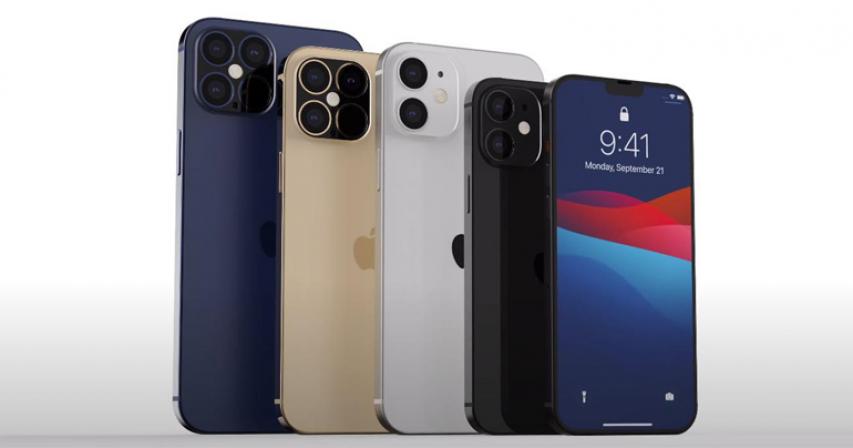 The pandemic of Covid-19 may have made it impossible to organize a keynote, the Californian brand should still make people talk about it in the coming weeks.

In addition to the much-awaited iPhone 12 (which should not be seen before October), the company would have enough products in stock to feed the news every week until the end of the year. On Bloomberg, Mark Gurman and Debby Wu unveil Apple’s very rich calendar.

According to information from Bloomberg, Apple has ordered 75 million next-generation iPhones from its providers.

This figure would be equivalent to that of last year, which means that Apple does not expect a drop in sales despite the pandemic.

A total of four smartphones signed by Apple would be launched by the end of this year. There would be two iPhone 12 Classic (5.4 and 6.1 inches) and two iPhone 12 Pro (6.1 and 6.7 inches). All of them would feature an OLED screen, a first for the company.

All four smartphones would be 5G compatible, would use the new A14 processor, and would be launched in October, a month later than Apple initially hoped. For the moment, the coronavirus is indeed responsible.

Without going into details, Bloomberg confirms rumors that at least one of these four iPhones would embark a LiDAR sensor similar to that of the iPad Pro. Finally, a new night blue color would replace last year’s green.

These new iPhone 12 could be accompanied (or preceded, some rumors mention a launch by press release in the coming days) by the new Apple Watch.

In addition to Series 6, most certainly focused on health, Apple would prepare for the first time a low-cost version of its connected watch.

The objective would be to compete with Fitbit and replace the aging Series 3 in its catalog. The latter, currently sold at 229 euros, gives us some clues on the price of this future product.

An iPad Air in the design of iPad Pro

There too, it’s not really a surprise, the new iPad Air keeps leaking. Probably launched in the next few days, Apple’s new tablet should inherit the design of the iPad Pro and have fewer borders than the previous generation.

The only thing we don’t know today is how to unlock this new tablet. Some talk about Face ID facial recognition, others about a Touch ID fingerprint sensor integrated into the unlock button at the top of the screen.

The return of the HomePod

Three years after a first model that did not meet with unanimous approval, the HomePod could make a comeback in a new form. Apple would rely on a smaller and cheaper format to propel Siri and its services within your home rather than on an overpowering and expensive speaker.

The Apple headset is coming

Here, Bloomberg is being cautious. It has been known for several years that Apple has been preparing a high-end headset, but we don’t know its release date.

Will the one nicknamed “AirPods Studio” be released before the holidays? Such a product could in any case sound the end of Beats, recently eliminated from the name of Apple Music radios.

We’ve been talking about it for a year now, AirTags could accompany the iPhone 12 this year. These little gadgets, which would be attached to important objects such as your bag or your bike, would use Apple’s location technology to show you their positions in real-time.

The company’s idea would be to use the millions of iPhones in circulation to locate AirTags reported lost and notify their owners if they reappear.

For the first time we hear about it, the future Apple TV would be entitled to new remote control. The current model, the object of much controversy, has a tendency to get lost in the sofas and annoy its users.

Apple is said to have developed a system to find its lost remote, most likely by making it ring (or by using the UWB chip of the iPhone?). Bloomberg nevertheless specifies that the new Apple TV, more powerful than the current model, could arrive at the beginning of 2021.

Bloomberg does not mention it in its article but Apple has already confirmed that it will launch the first Mac equipped with an Apple Silicon processor this year. This device, which will be the first to abandon Intel for ARM, should be rumored to be a laptop.

MacBook Air? MacBook Pro? Return of the MacBook in the form of an ultra-portable always connected? Not much is known at this time. Besides, will Macs be entitled to their own keynote? Can an event of this magnitude be reduced to a simple press release?

What about the software?

Other new features expected by the end of the year, iOS 14, iPadOS 14, macOS Big Sur, watchOS 7, and tvOS 14. Once again, the pandemic is turning everything upside down. The arrival of Apple’s new operating systems is difficult to predict. Will we have to wait for a possible video conference in October or a magical press release?